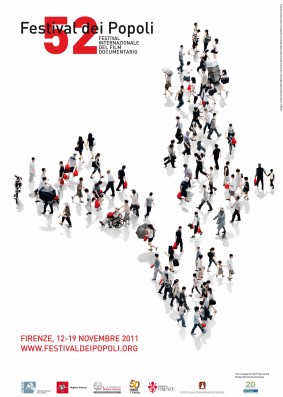 The International Jury of the 52nd Festival dei Popoli - composed by Renate Costa, Tizza Covi, Nuno Sena - after having viewed the 13 short documentary films and the 14 long feature documentary films on competition decides to assign the following awards:

BEST DOCUMENTARY FILM
ARMAND 15 ANS L’ÉTÉ
by Blaise Harrison (France)
"For its strongly impressionistic and its refreshing approach to the complex transition period of adolescence."

BEST DIRECTOR AWARD
WOJCIECH STARON
For ARGENTYNSKA LEKCJA (Poland)
"The Jury decided to assign the Best Director Prize to a promising film maker for his truly beautiful and accomplished film."

BEST ETHNO-ANTROPOLOGICAL FILM (Targa Gianpaolo Paoli)
PEOPLE I COULD HAVE BEEN AND MAYBE AM
by Boris Gerrets (Netherlands)
"How can we enter into the lives of others? This film takes us close to lonely people in a urban landscape."

SPECIAL MENTION
L’ESTATE DI GIACOMO
by Alessandro Comodin (I/F/B)
"As the selection was full of wonderful films the Jury felt the need to add a special mention to a film that made a deep impression to all of us."

SPECIAL MENTION
L’AMBASSADEUR & MOI
by Jan Czarlewski (Switzerland)
"The Jury has decided to give a special mention to a humorous and self-reflexive documentary about a very particular relationship between a father and his son."

"LORENZO DE’ MEDICI” AWARD
ANNE VLIEGT
by Catherine van Campen (Netherlands).
"For its delicate way to talk about Tourette syndrome and how it shows the everyday life of a young girl."

L’ESTATE DI GIACOMO
by Alessandro Comodin
"For the story and images strong of a work between fiction and documentary that would be watched by a very large public. The best film of its kind."