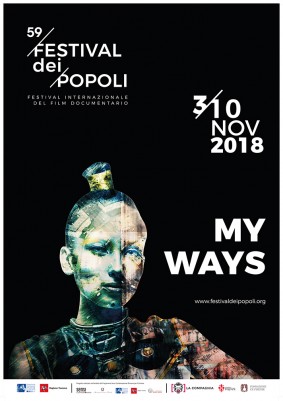 WHEN THE WAR COMES by Jan Gebert (Czech Republic, Croatia, 2018)

Motivation: This film made us feel very uneasy as it bluntly warns about the dangers we are running into again today. Unwilling to face the reality, we allow the fascistic ideas to impose themselves as acceptable models.

Motivation:The director found an elegant and minimalistic way to go to the core of the main protagonist's life story which slowly opens to us along the journey.

Motivation: Using the shared footage, director builds the characters of his film in a surprising and skilfull way, giving us an original anthropological insight into the contemporary Western society.

Motivation: A very unique position of the directors gives to this film a life-time relevance. Through an investigative approach and mature art of cinematography the film produces a complex political picture, challenging our perspective of charity.

Motivation:"A generational film that portrays a small world, a contemporary fairy-tale marked by the rhythms of Dino Campana' Orphic Songs, a hymn to life and to a place that will no longer be the same".

JURY OF THE “IMPERDIBILI” AWARD

Motivation: "For having brought to the attention of everyone a little-known story but of great impact and topicality. A good example of how the documentary can tell stories, capture the attention and arouse emotions even in a large audience "

The films presented in the International Competition and in the Italian Competition contribute to the Award "The gaze of the other: the challenge of dialogue between cultures and religions" awarded by the Sangalli Institute for the History and Religious Cultures of Florence.

SPECIAL MENTION “THE GAZE OF THE OTHER”

Motivation: "because this year it's  the 80th anniversary  of the shameful Italian racial laws, and eighty years later, that shame seems to all of us Italians still very close, and indelible. Accompanying, as the film does, a group of Jews from Central Europe on a long river and a hostile but life-saving sea, to an obscure village in Calabria, does not  compensate for the shame or repair the damage, but sends out the signal that solidarity, friendship, and love are, now and then, the only ways to salvation against racism, hatred, ferocity

THE GAZE OF THE OTHER AWARD

"Being Italian, French, German, Slovenian, Serbian, Croatian, or Jewish, Christian, Muslim, makes sense, differences do exist and must be valued. To be 'European', and, more importantly, human beings, must have a meaning too. The more or less peaceful coexistence between different ethnic groups and religions has always been a fact in mankind's history, a reality. In this film, a recent 'national' and European drama is reflected in the bewildered eyes of a girl who involuntarily carries on her shoulders the weight of a tragic past. In a game of mirrors she seems to identify herself with a girl of her own age who was killed thirty years before. But shouldn't we clearly say that a murdered teenager is neither Serbian nor Croatian, neither Italian nor French, but simply shameful for humanity?"

The MYMOVIES.IT AUDIENCE AWARD for the Italian Competition category, with the majority of votes received, was assigned to:

The MYMOVIES.IT AUDIENCE AWARD for the International Competition category, with the majority of votes received, was assigned to:

LIFE IS BUT A DREAM by Margherita Pescetti (Italy, Palestine, 2018)