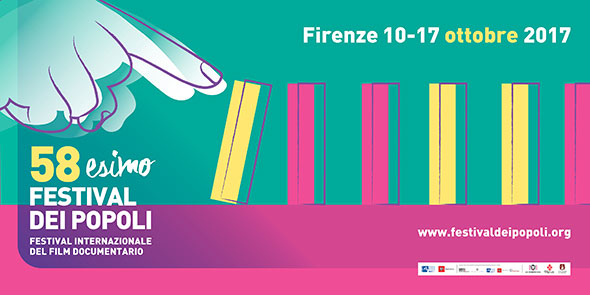 Bringing the margins to the centre

58 years of age can intimidate, impose a sense of responsibility and prudence; not so much because of a tradition to be respected – which has never been a burden for Festival dei Popoli - International Documentary Film Festival – but because they constitute a deposit of possibilities. It’s not even an issue of measuring up against the great figures of the past, considering that everyone lives in their context and time in a way that is not comparable to what was before. It’s about working without the past as the only factor that guides and motivates the actions of the present. Ultimately, that figure, 58, looks you in the eye and asks you a question you can’t escape, i.e. what is the meaning and function of a documentary film festival today.
The label “festival” is slightly embarrassing in itself, referring as it does to ideas such as show, shop window, parterre, codewords for events whose goal seems to be to display the cinematic best of the season on the audio-visual market stall. It’s not that we lack the desire to make merry (festivals’ real vocation), plus we feel like being an ally for all those who fight to produce and support quality film-makers and film-making, that would suffer from being confined to the so-called “market.” However, the founding fathers of Festival dei Popoli were farsighted about this: they may have thought to sneer at the conventional concept of festival when they imagined inviting “i popoli,” the peoples, to parade on the red carpet – those peoples who are at the margins, not only the exotic other but also the other who lives at the periphery of society. The margins do not house residual parts, subjects, or stories, but those liminal forms that, sooner or later, will leave the periphery and reach the centre. Margins are the site of the encounter, the new, hybridation, conflict, repressed, and avant-garde – the place of the not-yet-seen, not-yet-understood, the not-yet.

Bringing the margins to the centre, here is a still topical challenge for which fighting is worthwhile.

If I had to define Festival dei Popoli - International Documentary Film Festival today, I would say that it is a space of freedom but also of commitment to quality (because freedom alone is not enough) in which we try to bring to the centre that which is discovered at the margins.
Bringing the margins to the centre (of attention, of the discussion, of the market, and so on) is both a political-cultural project and an attempt to create discovery, newness, and value (in aesthetic, but also financial terms). All the people who contributed to realize the 58th edition of Festival dei Popoli were guided by these principles. In defiance of competition, advantages, and fashions, each one of them walked paths at the margins, brought home involving, upsetting fresh stories, discovered film-makers in search of attentive, curious eyes, and raised unpleasant but necessary questions. I am proud of the work done and infinitely grateful to them all. But now is the time to stand up, leave our own margins of solitude, and go to the place where images, words, and emotions can be shared. All of us will meet there, in the centre, together.

With this 58th edition, the first one to take place in the month of October, Festival dei Popoli comes back on the scene after a shorter than usual intermission. Over the past ten months, our work group paid equal attention to finding the films that make up the programme and evaluating the topical subjects that, in our opinion, deserve to be delved into and ‘framed’ through the prism of a selection that not only fulfils cinematic interest but also offers interpretational tools for those who try to make sense of the phenomena that involve the community and in which all of us, willing or not, are a tiny, but irreplaceable tile of the mosaic. Therefore, our cover proposes the graphic rendering of one of this edition’s themes, i.e. the Focus “Domino Effect – Dreams and nightmares of contemporary power.” The domino tiles toppling with nothing to stop them are an implicit reference to a balance, an invisible, but tenacious bond that holds “all the things of the world” together; and, if undermined, produces shattering effects that affect everyone, with no exceptions. A simple game becomes a metaphor, if not a warning to urge all of us to play their role conscientiously.

This edition is characterized by other important innovations too, supporting the sophisticated and surprising twenty-one films of the international Competition and the high-quality selection of the Italian Competition: in fact, Doc at Work – our laboratory of ideas that, in past editions, has given room to a coproduction market, a reflection on creative processes, seminars and workshops held by internationally renowned professionals – proves its versatility and multifaceted nature by focusing on the work done by Italian Film Schools, in the belief that their activity plays a strategic role for the entire audio-visual sector. Film Schools are like outposts that offer a vantage point on the work done by young talents as well as training grounds in which the new generations of cineastes are allowed to test themselves. Therefore, we selected the films made in 2017 by students of the Turin Scuola Holden, the Milan Civica scuola di cinema Luchino Visconti, and the Naples Centro FilmaP – Atelier di Cinema del Reale. Hopefully these works and the young film-makers will thus meet the audience, press, professionals, and all our guest.

The second, but not less significant, novelty is constituted by “Meridiano Zero”, an initiative in collaboration with AICS – the Italian Agency for Development Cooperation – in which a selection of documentaries realized in some of the countries that are priority for Italian cooperation is presented. This programme allows us to cover a sector that employs the skills of documentary film-making to tell stories of solidarity and exchange between people from different origins and cultures. On top of this, working with AICS gives us the opportunity to increase our screening venues, for the largest portion of this section will be hosted by the Agency’s headquarters in Florence, namely the suggestive auditorium of the Overseas Agronomic Institute.

The picture would not be complete without mentioning the presence of a cineaste of international renown, Kazuhiro Soda. Making a succession of films that aspire to be a single, monumental work in progress, he is composing an extraordinary social portrait of contemporary Japan that avoids well-trodden touristic paths while exploring the most authentic soul of the eastern country.