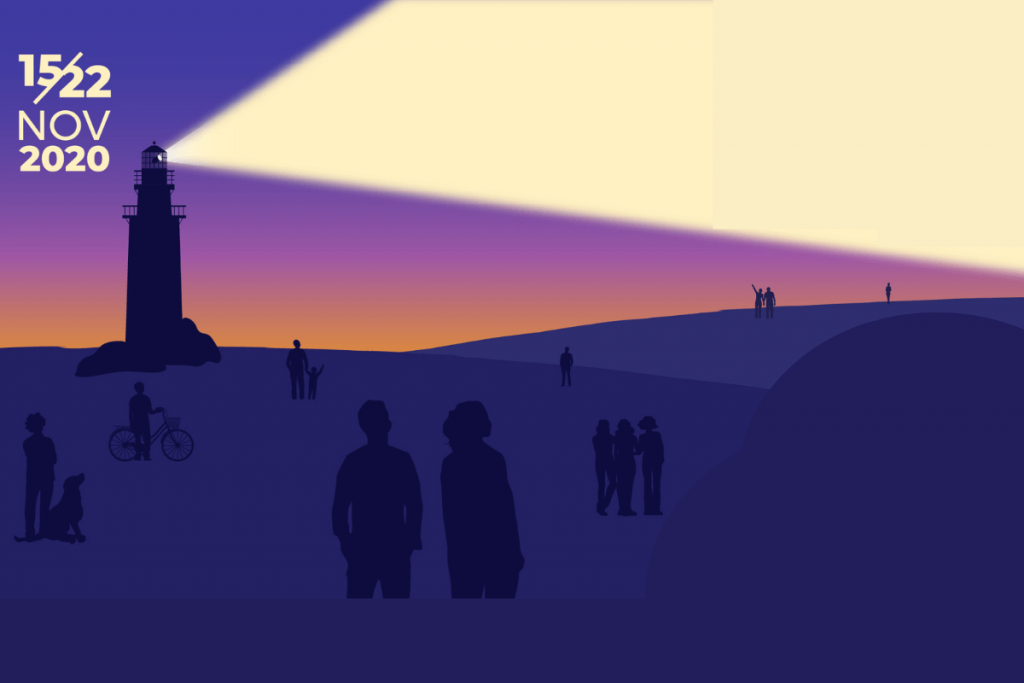 The winning films of the 61st Festival dei Popoli

JURY OF THE INTERNATIONAL COMPETITION

Motivation:
”Ukraine has been the stage of some of the most horrifying tragedies of the 20th century: the Holodomor, the Holocaust, Chernobyl. As one of the gates to the European Union, Ukraine became nowadays a transit territory to their refuge for the migrants, victims of the wars deployed around from Donbas to Syria. This Rain Will Never Stop depicts the dark aura of this place tortured by history using strong black and white images which remind of the great school of the nonfictional Soviet cinema”.

Motivation:
“People say that it looks like a snow storm during the summer. A butterfly snow.” This is the opening line in Pyral. It is the summer of a teenage girl’s first love, who spends her vacation at his grandparents’ country-house. A summer consumed under the sign of Lepidoptera as a messenger of beauty and danger. Pyral is not only a very gracious modern interpretation of Amor & Psyche, but it is simply one of the most beautiful films of the year”.

Motivation:
“From a small and apparently simple idea, the director draws a brilliant film, playing with the parallelism between animals and humans and offering a delicate portrait of an East London neighborhood. Very authentic and with a lot of tenderness and humor, the director succeeds to express a powerful atmosphere in a very short time.
We want to watch Bubble again and again and know more about the characters. It’s joyful and contagious with its lively humanity. A pure joy!”.

Motivation:
“For the human, powerful and respectful use of the drawings of a people native to the Brazilian Amazon to investigate the collective memory of the military dictatorship”.

Motivation:
"For the gaze and imagination in tackling the themes of loss and death with grace and delicacy".

Motivation:
”A courageous film that digs an uncomfortable and submerged family story, interweaving personal and collective memory with humanity. An intimate and moving diary in search of a perhaps impossible understanding of one of the darkest pages of Italian history.”

Motivation:
“The director Zlatolin Donchev tells us about the protagonist Massimiliano without ever reducing him to his homeless condition. On the contrary, he gives us access to his private life and the confinement in the belly of the whale through the photos taken with his old cell phone. We have lived this marginalization from the world but also the sensitivity and poetry that remains of it”.

Motivation:
“This award was created to bring new stories, otherwise difficult to reach, to the audience of La Compagnia Cinema and the whole of Tuscany. For this reason the jury has decided to award the portrait of a place, told, with sincerity and delicacy, through the vicissitudes of its protagonists”.

Motivation:
”What happens to the things we lose? What kind of emptiness do they leave in the soul of those who have forgotten them? How long does the life of an object last when it separates from its owner? This film drags us into the pulsating life of the objects we create and inhabit every day and then distractedly and violently separate from them forever. And it shows in a lucid and fitting way how much the objects we have possessed and lost can say no to us”..

THE WHALE FROM LORINO
by MACIEJ CUSKE (Polonia, 2019)

Motivation:
“For having been able to create an ancestral and poetic symphony on the atavistic blood pact between man and nature starting from the excavation of daily gestures and glances that, in a crescendo of music on the waves and thaw, moves forward to the rhythm of such a human adventure, but with a mythical flavor.“.

The jury is composed of the founding members

Motivation:
“The collective vision of a work is fundamental for us, therefore the choice falls on The Glass Eye. A film made to be seen collectively that, starting from a personal story, tells the story of Italy as a whole, of our fears, our shame and everything we have tried to hide.“.

The Popoli for Kids and Teens section of the Festival dei Popoli, curated by Sandra Binazzi and Irene Lucchesi, presents every year a selection of documentary films chosen especially for children and young people. The screenings are enriched by workshops and in-depth activities including the possibility of participating in the Popoli Young Jury, the children’s jury.
Popoli for Kids and Teens is in collaboration with Cinema Stensen, Lanterne Magiche, Unicoop Firenze.